Everyone was kept in the dark until after lunch that we ate at It Must Be Heaven in Brenham. Just a few miles outside Giddings, Texas, there is a small community named Serbin. Never heard of Serbin? Well, you might never find it if you didn't have directions because it out in the boonies!

Below you will see a couple that I think we might have left on our last trip to It Must Be Heaven. They're still working on that sundae! 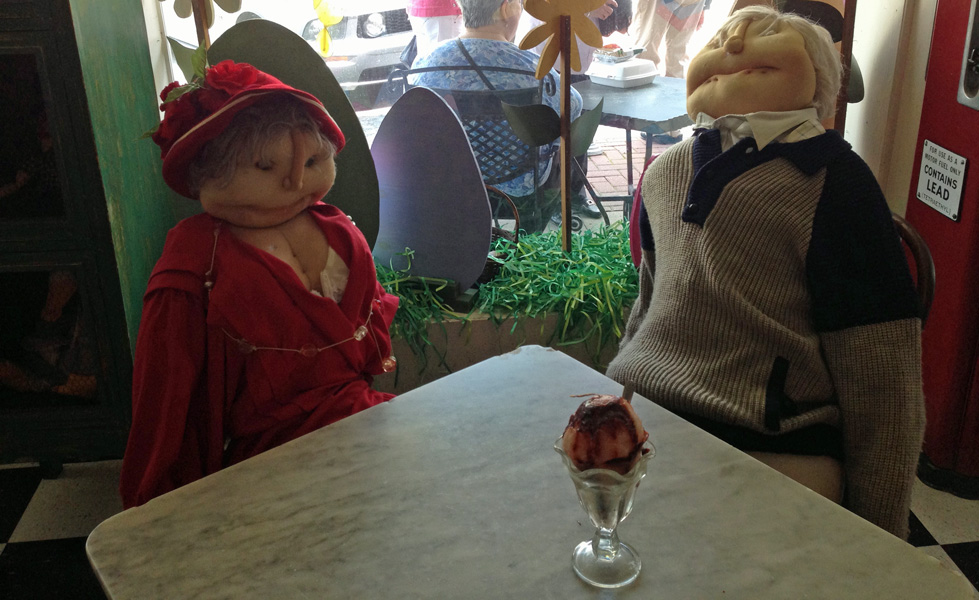 The Wends were a group of Slavic people that came to Texas in 1849 to escape oppression in Germany near the Polish border. Approximately 600 Wends, now known as Sorbs in the Old Country, eventually found their way to the area surrounding Giddings. They were devout Lutherans and soon built a log cabin church. The present St. Paul's Lutheran Church, built in 1871, is one of the Painted Churches of Texas and is the third church built on the original site.

The Texas Wendish Museum preserves artifacts that help tell the history of the Wendish people in Texas. The Wends, who did not speak German and left their homeland to escape the Germans, must have been appalled when German settlers followed them to the same area of Texas. The Germans built St. Peter's Lutheran Church that was just on the other side of the common cemetery from St. Paul's. The museum is located in the former St. Peter's Lutheran Church.

Today, the congregation of St. Paul's is extremely strong, worshiping about 350 members each Sunday. The church supports the museum and a K-8 school that receives no funds from the state. 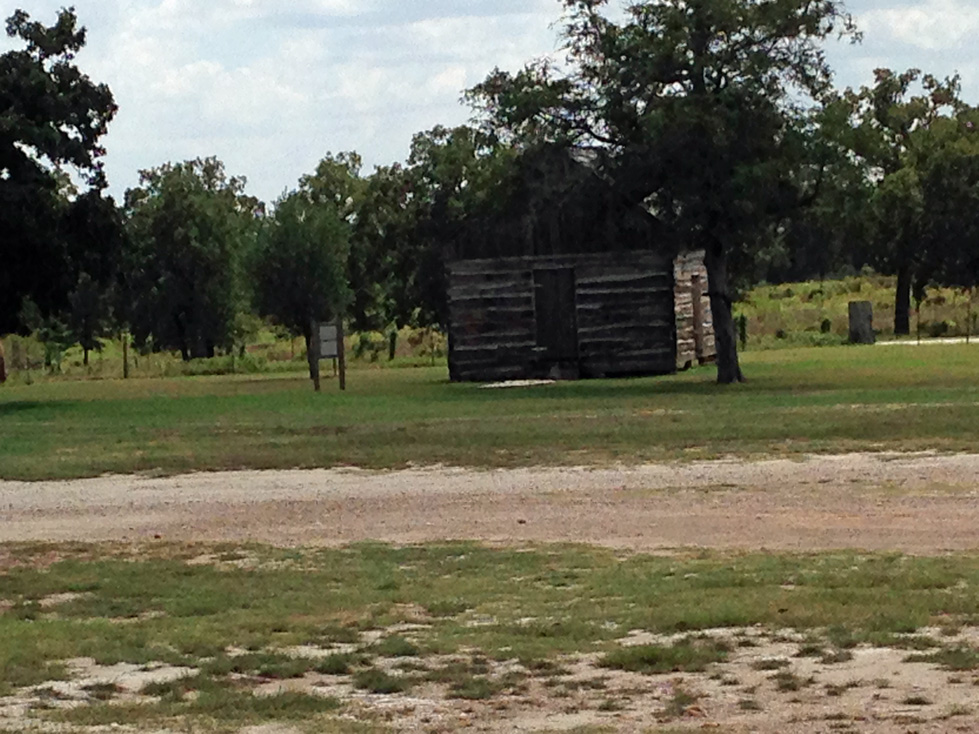 The two pictures above show St. Paul's Lutheran Church that was built in 1871. The lower picture is the original log cabin church built in 1849.
The four pictures above show the interior of St. Paul's, and you can see that it is a very beautiful church. The so-called painted churches numbering 25 in the state preserve painting that was done by itinerant artists in the 1800's. The church in Serbin boasts the highest pulpit in North America. The pastor spoke from such a lofty perch so that he could look the men in the eye who sat in the balcony while the women and children sat downstairs. Our docent was also the organist and was kind enough to play the organ for us. It does not require electricity, but can be played by manually pumping the bellows to provide air that passes through the pipes. 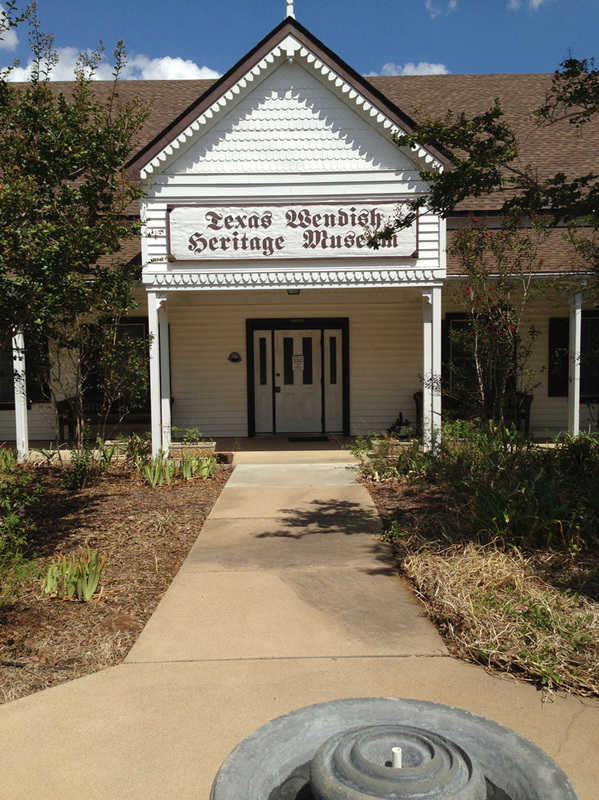 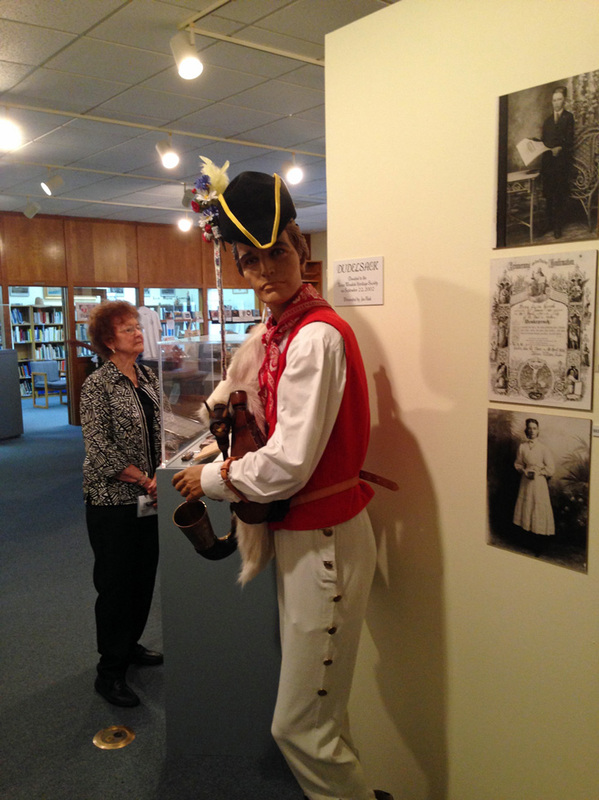 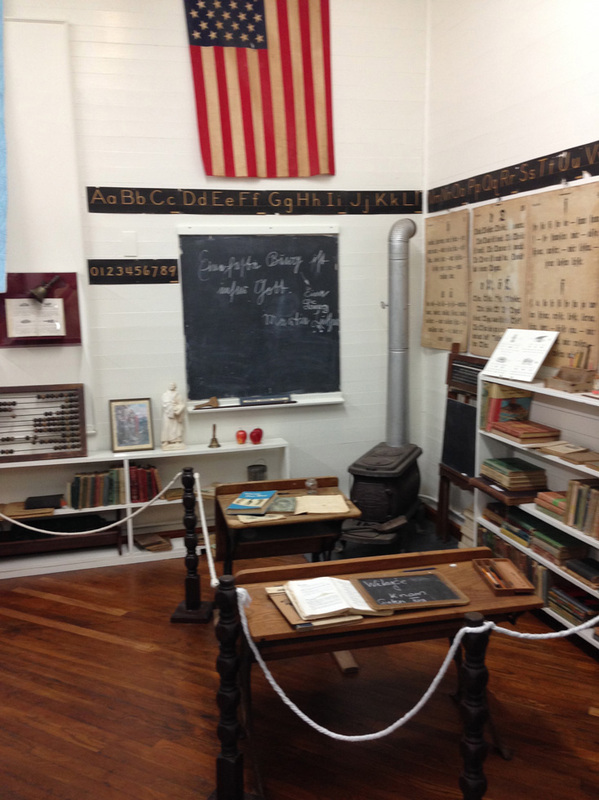 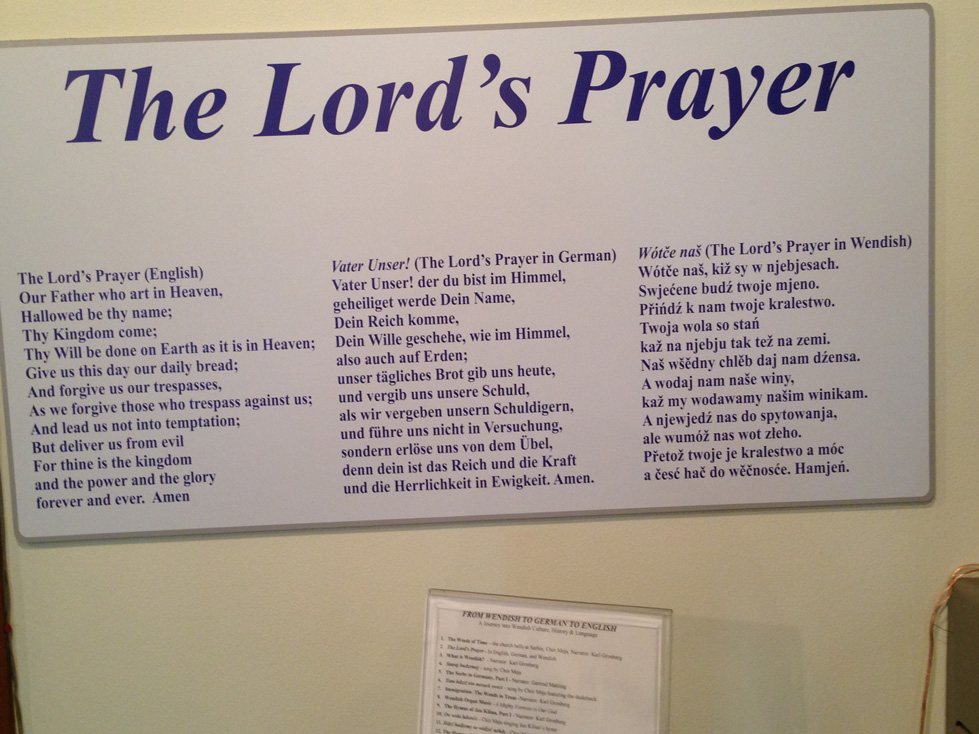